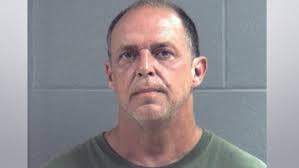 Now after stating my opinions on how the show was edited and staged, I have been trying to give Will Hayden the benefit of doubt with the allegations.  In my opinion most people too eagerly jump all over someone with just an allegation even when the allegation has no merit.  I know innocent until proven guilty is strictly a judicial process, has no bearing on true guilt, and doesn’t apply to an individual’s opinion, but I didn’t want to fuel the fire with my thoughts.

At first I thought it may be someone trying to cash in on Will’s fame, then it came to light the accuser was his daughter, which if wanting attention could simply jump on the show.  Then it was released that the accusations were made by the girl’s mother, not the daughter.  I found something somewhere on the interwebs that stated the girl was returned to Will’s home after Child Protective Services interviewed the daughter.  Seemed at that point that the accusation was just the ramblings of a psycho ex looking for revenge, effectively SWATting Mr. Hayden.

Now another woman is making the same accusations stating that it occurred to her years ago.  Which implies more strongly that he may indeed be guilty.  Now the bombshell.  Stephanie Hayden, Will’s daughter that was alongside Will in the TV Series is now slated to appear on Dr. Phil tomorrow to publicly discuss the accusations, with rumors circulating that she is coming forward as another victim.

One, if she is going to Dr. Phil to out her father rather than law enforcement, I will be shocked and disgusted.  I know most people have a desire for fame and attention, but to me this type of ordeal is already more public than it ever should have been.  In the beginning she defended her father and my faith in humanity makes me want to believe she is speaking publicly tomorrow to bring to light some truths in her father’s favor.  Don’t get me wrong, if he did what he is accused of I know no punishment severe enough, however for the sake of those that would be victims, I hope the actions did not occur.