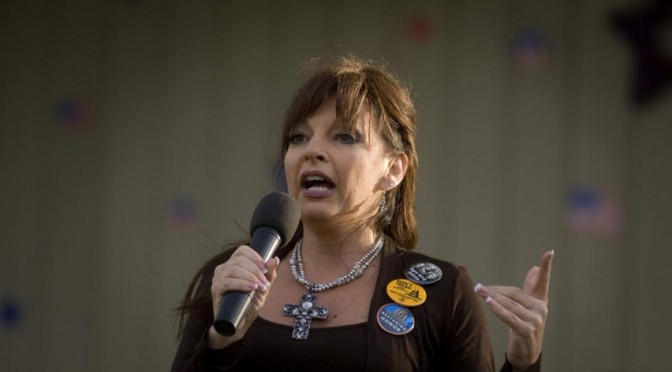 I first heard about this on Bearing Arms.  BA is another blog I read daily.  The post I read was written by Bob Owens and can be read here: After Oklahoma Beheading and ISIS Threats, Arkansas Firing Range Become First To Exclude Muslims – Bearing Arms.

I posted a short version of my thoughts in the comments and have been blasted by all sorts ever since.  I haven’t rebutted in his comments as the comments seem to be getting somewhat out of hand.  I’ll try to elaborate on my opinion more here, without this turning into a novel.

The range is owned by Jan Morgan.  She sites several reasons why she will no longer allow Muslims to utilize her range.  Including a story where two men who only spoke broken English came in and rented firearms.  She states she was so nervous she stood behind them the entire time with hand on pistol.  What I don’t have a problem with is her not feeling comfortable renting firearms to, allowing range time to, or selling products to any individual who in her opinion is a threat to her safety or anyone else’s safety.  The keyword here is individual.  If something about an individual doesn’t seem right, then use your judgement and make the safe call.

On the other hand what I do have a problem with is labeling an entire group because of the actions of a few.  She also cites many events that involved Muslims.  There have been plenty of sad moments in history that involved disturbed individuals from many religious backgrounds, ethnicity, race, or any other form of lumping people together.

So know to how I justify my opinion.  I believe most anyone who reads the same blogs I do, anyone here reading this blog, are true Americans.  We believe strongly in the freedoms and liberties protected by the Bill of Rights.  That being said, as strongly as we feel about the second amendment, how can we ignore the others?  I can’t!  For me it is ll of none.  I took an oath to protect these freedoms and individual liberty.  We all know the 2nd amendment, the right to keep and bear arms.  I daily try to further and stand behind the right of Americans to arms themselves for self defense, sport, or any other productive use of firearms.  So in the same spirit why should I not hold that the 1st amendment is not just as important.  The first amendment protects freedom of religion, speech, press, assembly, and petition.  Notice that says freedom of religion.

I guarantee you that people wouldn’t be rallying around this woman if she was Muslim and  announced she would refuse service to any Christian that walked through the door.  I promise you there are plenty of wackos, cults, and sects that use a distorted form of Christianity to push their own agenda with or without violence.  Just off the top of my head I can name two that are very prominent and I’m just waiting for the day ether of them finally cross that line.

First up, the group everyone loves to hate, Westboro Baptist Church.  These guys really make my blood boil.  Nice Christian group, still welcome at the range!

Another group worthy of mentioning, Martyrs for Christ.  Picture is of their leader.  Guy is super special.  Ever on the fence about hollowing out your head with a .45, just watch a few of this guys videos on youtube and you will most likely choose to eat a bullet.  There is a video of each of their members on youtube proclaiming how they would be honored to be a martyr for Christ.  Pretty self explanatory.  Want access to firearms and firearms training, come on down!  Nice trustworthy Christians. 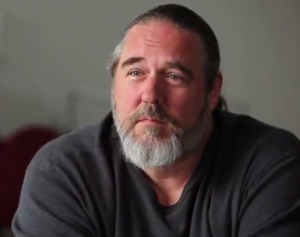 Now am I stating that everyone that is Muslim is a nice upstanding person.  No, not at all.  I’m just saying that not all Muslims are Jihad crazed loons following an extremist ideology.  Just like not all people of other denominations are all the same, or have the same beliefs.  Should Jan Morgan have the right to refuse service in her establishment? Absolutely!  Should her and her employees have the right to determine if a potential customer doesn’t seem fit either physically or mentally to use her facility? Absolutely!  Is using and perpetuating a stereotype and applying blanket discrimination to an entire religion acceptable to me or by the freedoms granted to Americans?  In my opinion, no!

One last point I made in my comments on Bearing Arms, was that there are US service members and veterans that are Muslim.  Using google to dig up some numbers, DOD states that approximately 20,000 current service members religious preference is Muslim.  It is estimated that 10,000+ on top of that 20,000 are Muslim, but chose No Religious Preference to avoid discrimination.  This is only current personnel, and these numbers don’t extend to those veterans who have since separated.  So my question was, if a US Soldier who fought for our country, and the rights he/she is supposed to have, has no prior knowledge of this discrimination goes to Mrs. Morgan’s place of business, would he/she be turned away for being Muslim?

Here are a couple of links to articles that Jan herself has written justifying her point of view.